The CO of the battalion and many of its officers – some of whom began their career as Haredi recruits – wear skull caps and beards. The majority of the soldiers sport side locks. Three daily prayer and observance of Sabbath and all other holy days are mandatory by martial law. 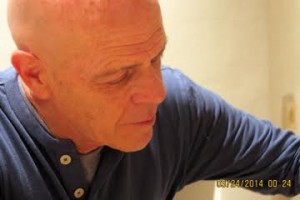 Needless to mention women soldiers are conspicuously absent in the camp.The ideal is to live up to the biblical principle “Let your camp be holy” ( Deut. 23:15). Accordingly, meticulous observance of kashrut is compulsory, while neglect to keep fasts is a disciplinary offence.

There is an ongoing campaign against the use of obscene language and a long list of halakhic prohibitions are backed by military sanctions. On the positive side, pep talks by rabbis precede departure for dangerous operational activity and thanksgiving prayers are held at a successful completion of a mission.

The status of the battalion’s rabbi is nearly as central as that of the CO. He is a full-time officer responsible for the “spiritual” aspect of the soldiers’ lives. Recently the battalion’s rabbi issued an order prohibiting the use of rosters and regular types of census and counting individual soldiers in accordance with curious Biblical directive.

Taken from “Body, Violence and Fundamentalism: The Case of Jewish Ultra-Orthodoxy” By Prof. Gideon Aran.